A downloadable game for Windows, macOS, and Linux

There's a skill shortage in this world, and our only hope is the person sitting next to you.

They are the Professor.


Frantic co-op action where your partner has the headphones but can't look at the screen. Together, you'll hack into a skills database and steal as much as you can before your adversary overwhelms you.

But who is this mysterious counter-hacker? And how does he know the Professor?


Use the arrow keys or WASD to control your avatar. The symbols below indicate what will happen if you press the corresponding arrow or WASD key:

Check. This will play two sounds (one in each ear) based on the selected defender's color. If the sounds match, you're good. If they don't, that defender should be cycled.

Cycle. This will change the color of the selected defender and then play two sounds (one in each ear) based on the new color. Keep cycling until the sounds match.

Shield. Use this to defend against sidesweepers, which show up later in the game. You will hear a beeping sound on one side. When it is almost continuous, make a shield on that side.

Heal. If you finish cycling your defenders and have extra time, flip down to heal.

The Quick Training mode takes about two minutes to play. When you're ready to take on the campaign, give the stereo headphones to the Professor and make sure they can't see the screen. Communicate efficiently to win!

Inspired by "Mad Skills," an episode of Idle Weekend.

Download the correct package for your operating system. Extract the .zip to a folder, and then run the following file:

This game has not yet been tested on Linux. Will it work? Will it break? Who knows!!

(If you try to run this game on Linux, please contact me to let me know how it went: getinthedamnbox@gmail.com. Thanks!)

Ha! This was fun to watch. Glad you enjoyed it, and thanks for the LP! 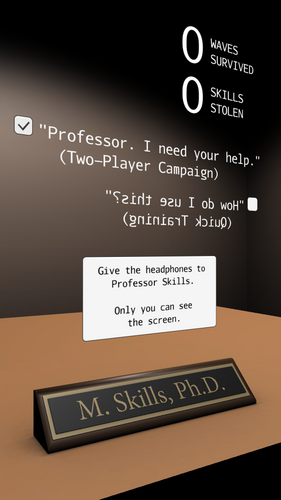 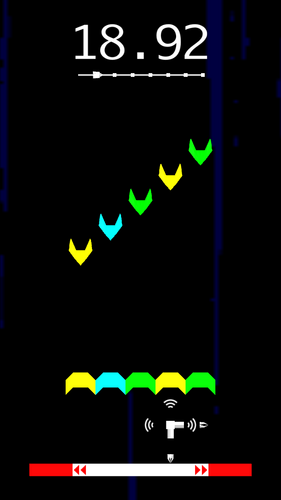 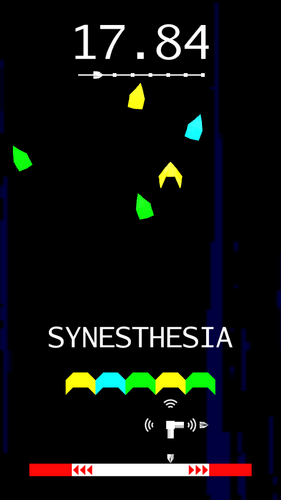 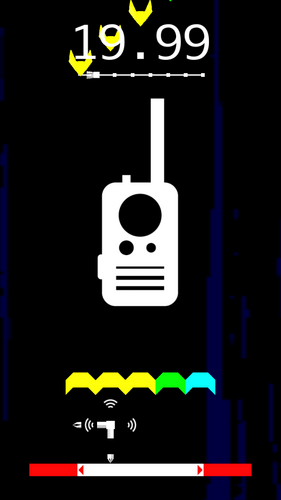